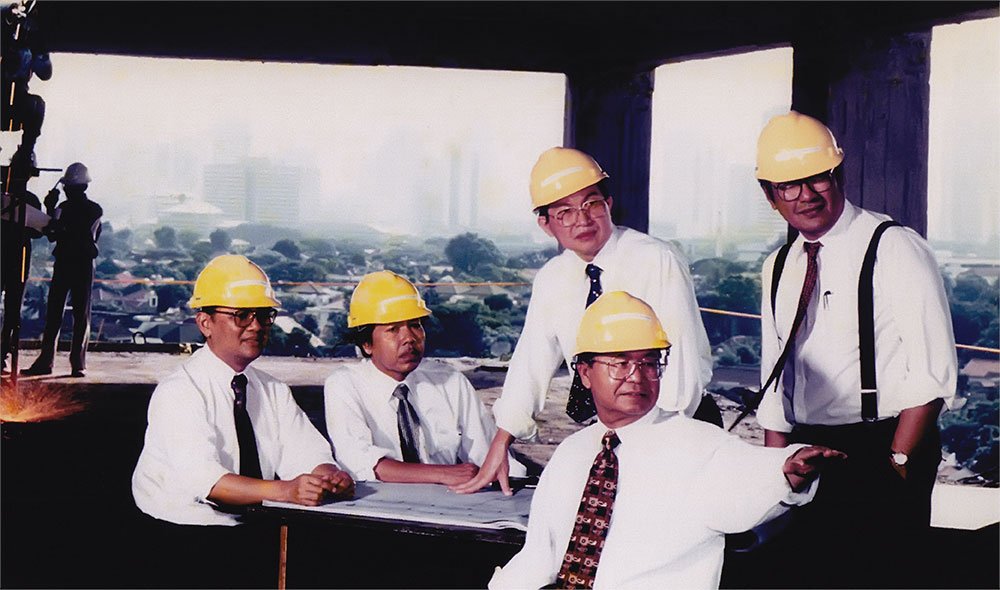 Trihatma is known as a visionary leader and has the guts in making bold decisions. In Trihatma’s dictionary, no guts, no glory. Obviously every decision taken is based on predictions and thorough analysis. There are moments when other property developers avoid certain lands, but Trihatma insisted Agung Podomoro Group should take the risks. In the end, the projects turned out to be successful. One example is Bukit Gading Mediterania. The 14-hectare land in Kelapa Gading was shortly after the 1998 crisis, where other property developers were quiet. Although the sales were slow at the beginning, Trihatma’s intuition proved correct, the project was a success. Another prime example is when many people sell their villas at a loss, Agung Podomoro Group acquired 100 hectares of land in Puncak and built Vimala Hills. Within two months of marketing, sales reached 100 billion Rupiah!

As an entrepreneur, he always upheld honesty, loyalty, and fairness values. In doing business, he placed profit ( cuan ) at the end. He always prioritizes fairness (cengli), cincai, then cuan. Trihatma always puts customers first, every detail is carefully thought out, every complaint is heard, and every customer’s needs are met. As the name implies, podo moro in Javanese means everyone comes or embrace all people, Agung Podomoro Group builds for all social classes in accordance with the government’s plan. Agung Podomoro Group has also expanded its wings to cities outside Jakarta and Java, some of the cities are Makassar, Balikpapan, Bali, and Manado.

In his daily life, Trihatma is known as a kind person, sincere, and friendly towards anyone. As a husband, father, and grandfather, he always makes time for his family. He also enjoys sports on a regular basis and has previously joined as the Badminton Association of Indonesia (PBSI) committee. Even though he is entering his 60s, he continues to work tirelessly. According to him, as long as he has a healthy body and mind, he will continue to work. Trihatma is not only very successful in terms of business, but he’s also successful in inspiring and becoming a role model for everyone.